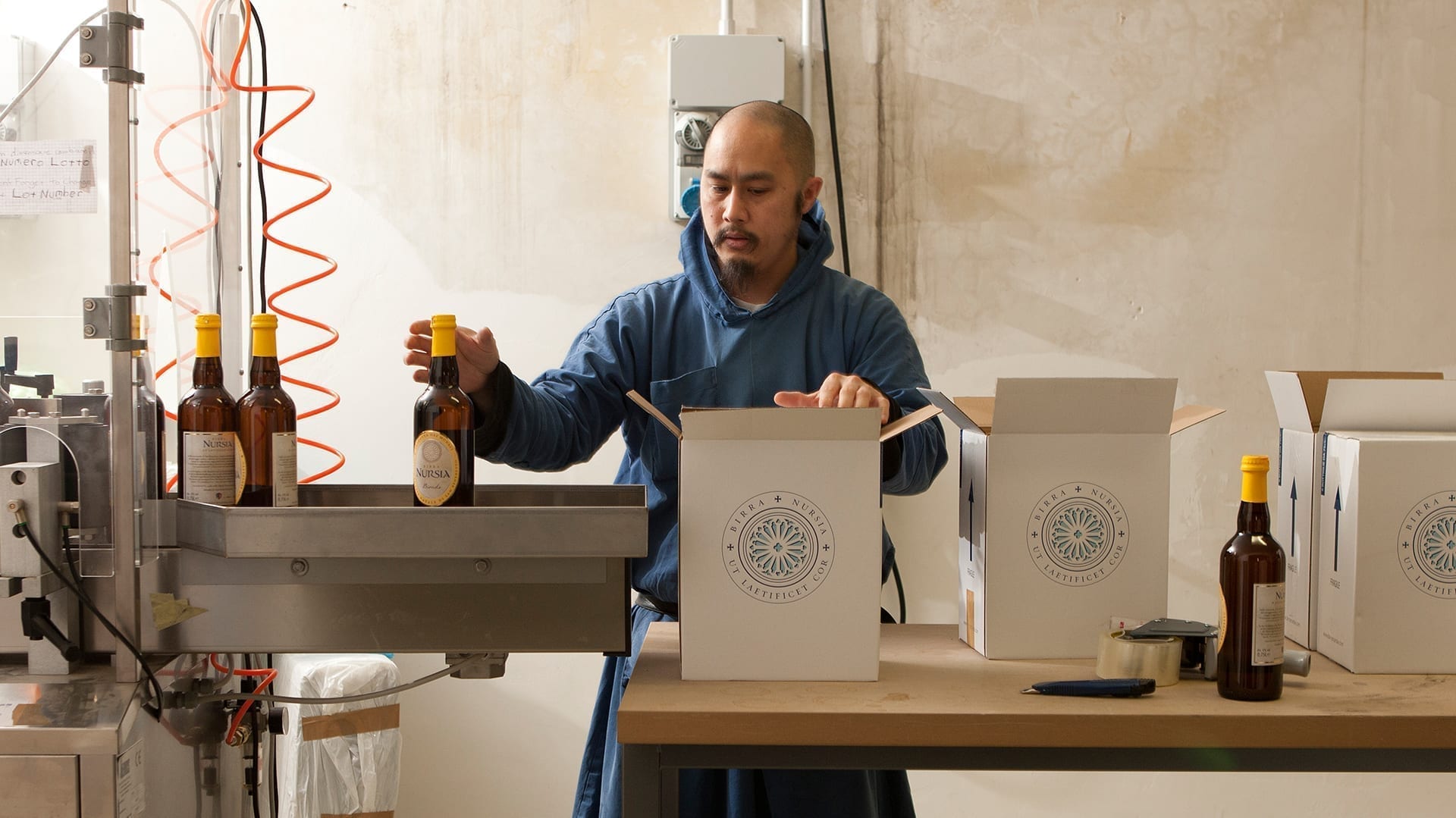 NORCIA, ITALY – Celebrating three years of brewing, a new collaboration with the Italian craft-beer distributer Interbrau, as well as an increased level of production, the Monks of Norcia held a tasting and brewhouse tour Aug. 17 in the city of St. Benedict.

This past year has been about “getting the beer beyond the city walls and even outside of Italy,” said Father Martin Bernhard, the manager of the community’s “Birra Nursia” operation.

Interbrau, in marketing the beer, has emphasized the unique monastic quality of the beer, Father Martin said.

They show that this beer “is different because it’s not only made in a monastery, but by the monks themselves who integrate the production into their life of prayer,” Father Martin said.

The partnership has led to increased global demand, Father Martin said, citing a recent request from a buyer in China.

But the monks haven’t been the only ones to benefit from increased sales. The people of Norcia have also benefitted from the beer’s success.

The townspeople are “proud to be able to offer something that is local and that goes with the local food,” said Brother Philip Wilmeth, who helps bottle and package the beer. “It helps our relationship with them,” he said.

The monks estimate that the brewhouse, having recently renovated its facilities to accommodate the increasing demand, is producing upwards of 50,000 liters of beer per year. That makes for demanding work, but according to the monks, it fits perfectly with their spirituality.

“It is good for us to have real work to do. Since most people have to work in order to live, it’s important that we share in that,” Brother Philip said.

Producing the beer requires “long days and a lot of sacrifice,” and helps the monks “grow in virtue” as a result, Brother Philip said.

What has been most rewarding about the whole process has been how the beer is leading people to spiritual growth, Father Martin said.

There have been “many positive experiences of people who will come as visitors to taste the beer, but will then stay for vespers” and have a spiritual gain as a result, Father Martin said.

“This is part of the New Evangelization,” Father Martin said, since the beer “shows that people can relate to us … even though we are separate from the world, this is in service to mankind.”

The anniversary was celebrated outside the monastery’s gift shop adjacent to the Piazza San Benedetto in the center of town. Jazz musicians played in front of the town hall and people rotated to have tours of the brewhouse with head brewer Brother Francis Davoren who explained the beer-brewing process.

“People are generally interested in knowing how the beer is made,” Brother Francis said, “and the Italian home brewers like to get into the details.”

Brother Francis, who had an interest in monastic beer prior to entering the monastery, said his appointment as chief “brewmonk” was an example of God’s providence.

“I was a beer geek and knew the trappist beers and beers from around the world, so I had an idea of where I wanted to take it from what I knew in my previous life,” Brother Francis said.

When visitors ask how the beer is made, he said, they often follow up and ask about their lives as monks.